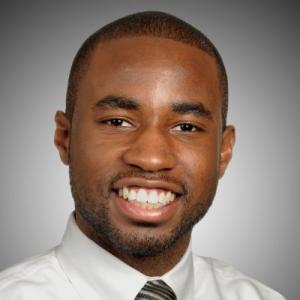 Tommy Boykin II is a postdoctoral research associate at the National Institute of Standards and Technology (NIST) in the Atom Scale Device Group. His research focuses on fabricating and characterizing semiconductor single-electron devices for quantum computing and metrology. Tommy is a recent graduate from the University of Central Florida, where he earned his Ph.D. in physics. Tommy earned his B.A. in physics in 2013 from Berea College, Kentucky, and M.S. in physics in 2016 from the University of Central Florida. During graduate school, he was awarded an international research experience in Tokyo, Japan with the leading telecommunications company, Nippon Telegraph and Telephone (NTT). Tommy has published a paper in Nature Communications, “Ferromagnetism above 1000 K in a highly cation-ordered double-perovskite insulator Sr3OsO6.” Additionally, Tommy is serving on the National Advisory Board for the Inclusive Graduate Education Network (IGEN).

NIST has partnered with IGEN to network with graduate students in IGEN Partner programs and increase the use of inclusive mentoring practices in national laboratories.